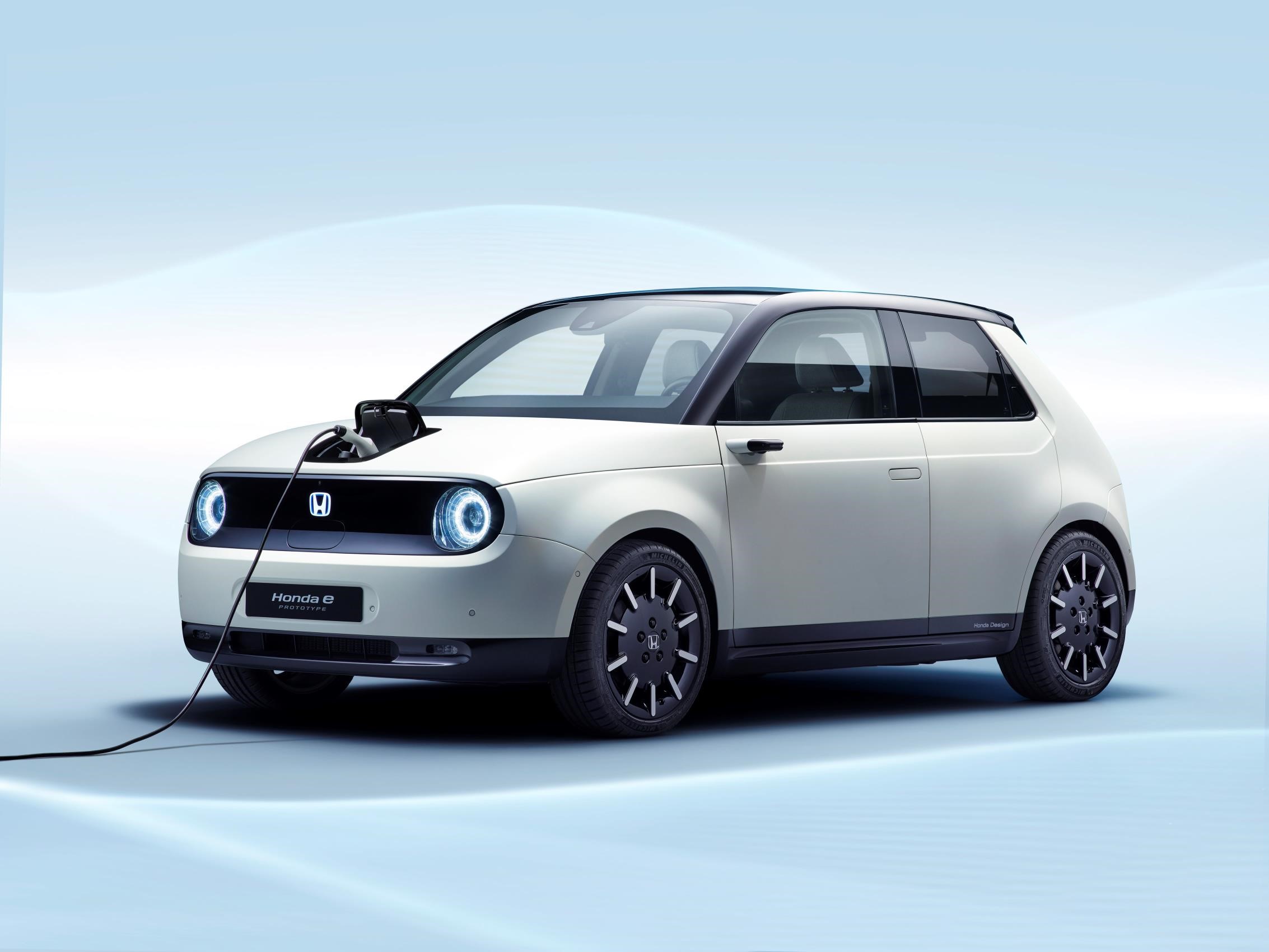 It never was a better time to buy an electric or hybrid car. 2018 was the best year in history for sales of EVs in the USA with a total of 328,118 BEVs and PHEVs units sold.

This is an increase of 74.5% over 2017 (187,985). On our marketplace you can find a huge selection of hybrid cars for sale so please feel free to browse our electric and hybrid cars inventory.

Fisker tries his luck again at the EV market: 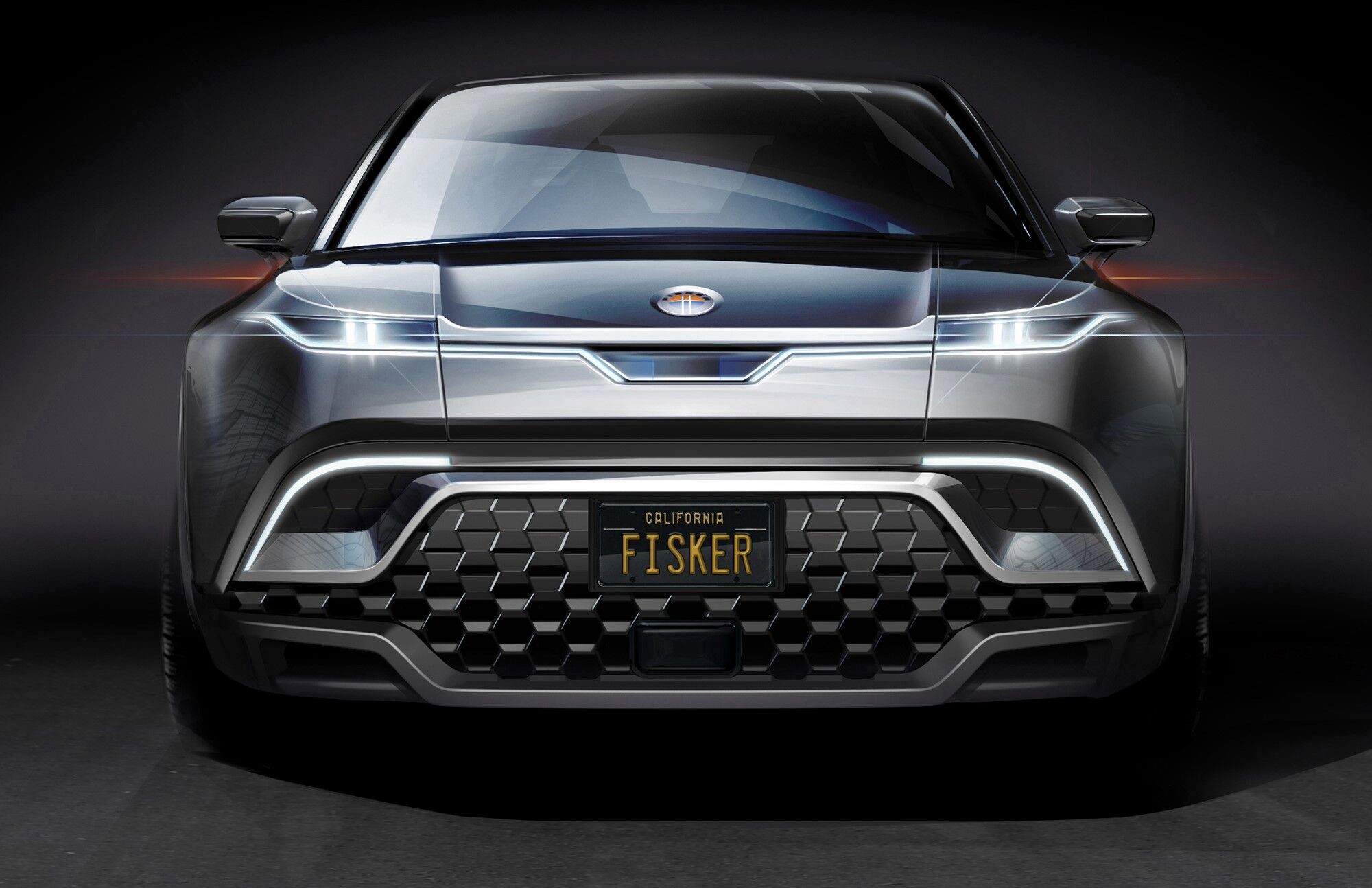 Henrik Fisker’s latest EV company, called very originally, Fisker (just like his previous startup), has announced new a sub-40k USD electric only SUV with a range of around 300 miles. This it seems to be only at the design faze for now. Let’s hope it will not have the fate of his old company. 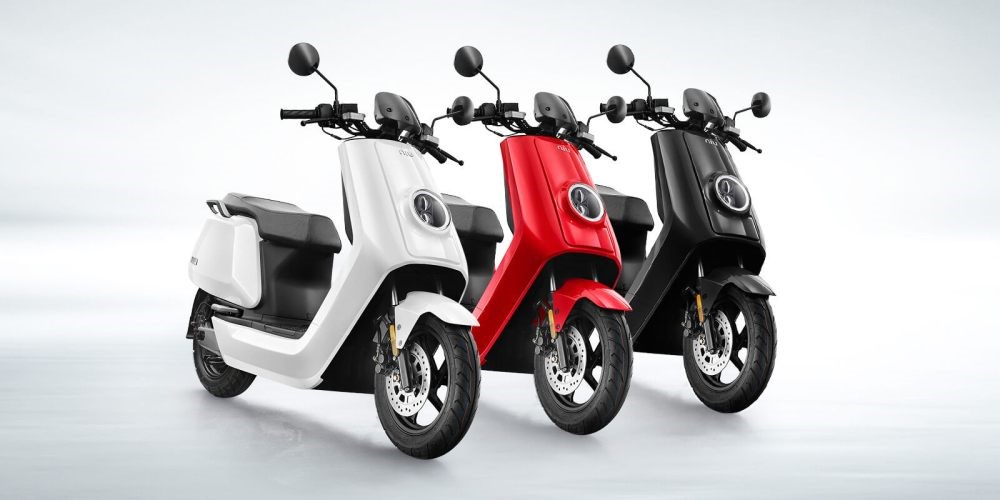 NIU became the largest electric scooter maker in China and wants to come to US as well. Being in the European market for years and built with brand name parts such as Panasonic batteries and Bosch motors, NIU’s scooters are one of the most advanced electric scooters on the planet. 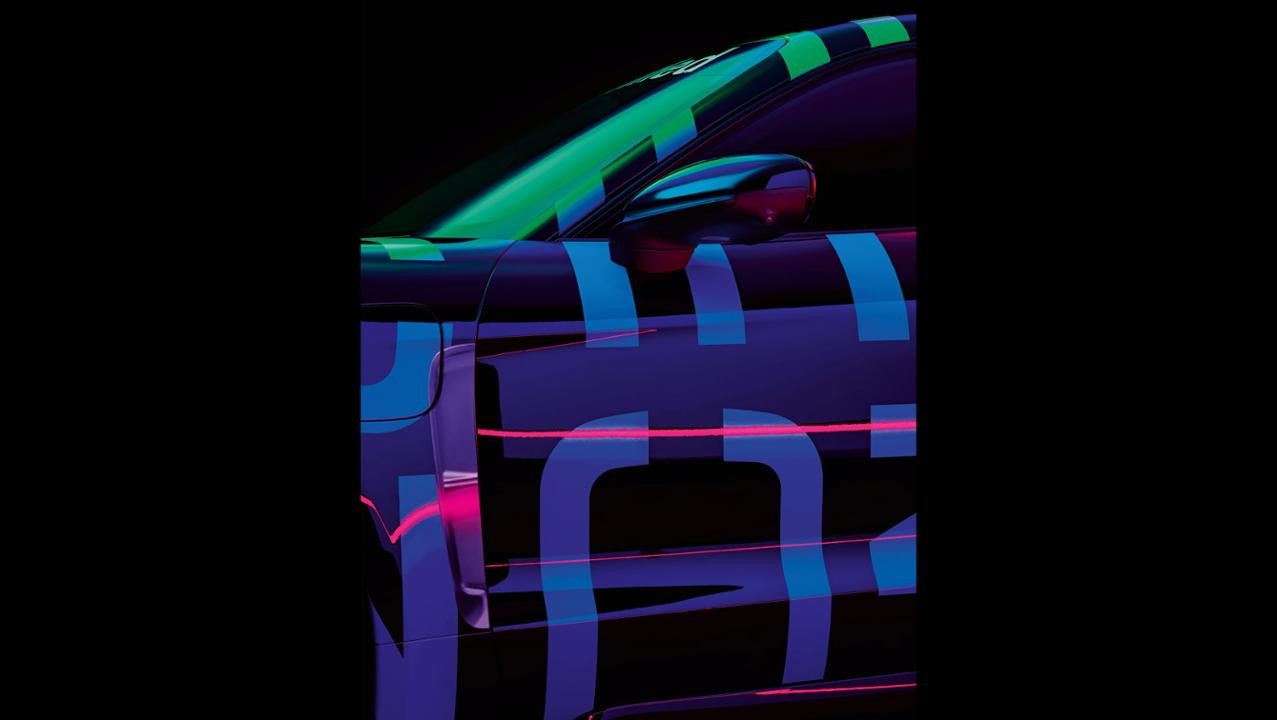 What we can say, it definitely looks like a Porsche. Too bad the front looks too generic and doesn’t use the Mission E new design language.

Buy Your Kia Charger on Amazon: 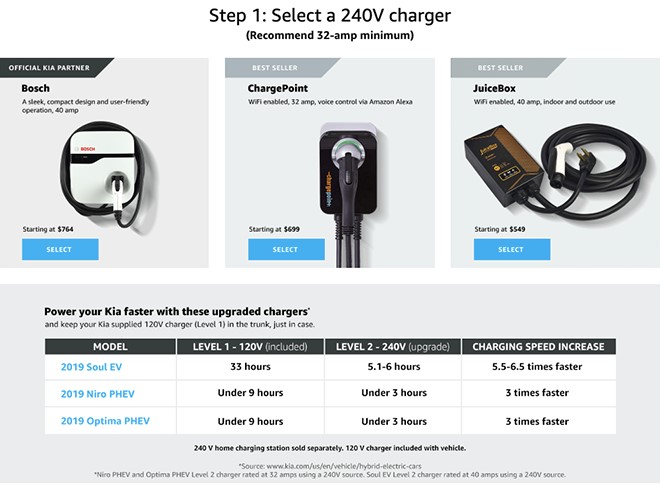 After giving a face-lift to its Kia Niro PHEV Shows Off in Geneva, Kia has allied with Amazon to give EV and PHEV clients a shop for chargers and charger installation services. Customers will be able to ask installations of the Level 2 Chargers directly on Amazon.

After the mind-boggling Project One, AMG has plans to introduce PHEV versions of every single model. We will see all the AMG cars having versions with the EQ Power+ branding as well.

For more hybrid cars for sale, please check our inventory. 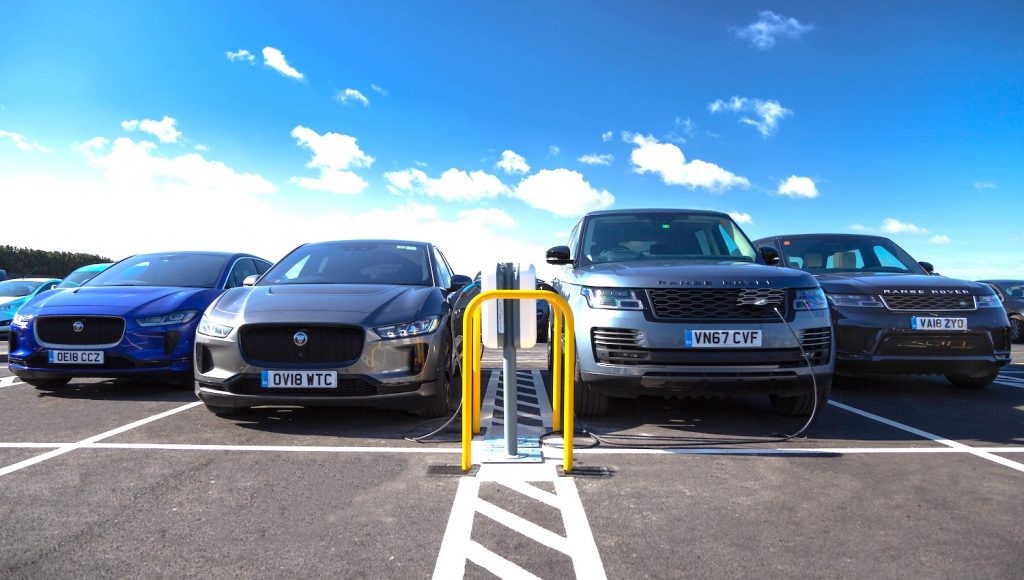 Jaguar Land Rover has installed 166 smart charging stations for electric vehicles at its Gaydon centre of engineering. Since 40 per cent of EV charging in Europe takes place at work, this chargers are now available only for the employees. So if you work at Jaguar Land Rover and you don’t have yet an electric car, go ahead and check our inventory of Electric cars for sale in order to not be laughed at by your colleagues.

Made by NewMotion, which is a division of the oil giant Shell, can charge and Jaguar I-Pace with 22 miles of range/hour which in a 8 hour workday – according to my math skills -will result in 176 miles. The charging can be monitored via a smartphone app.

15,000 Registrations For The Electric e Prototype Made By Honda:

Honda received at least 15,000 registrations of interest for the Honda e Prototype. Since the small car was a smash hit at the Geneva Motor Show, this number could be even higher. Let’s hope Honda will be able to deliver.

Ford Wants To Compete with the Tesla Model Y:

Ignoring the failure of the Focus E, Ford says that its first electric car, will be a Mustang-inspired plug-in crossover. A tweet stating “Hold your horses.”

Ford also stated that its electric cars will be produced in Mexico and Michigan. Cuautitlan, Mexico was selected for the upcoming all-electric CUV “inspired by the Mustang”, expected in 2020. 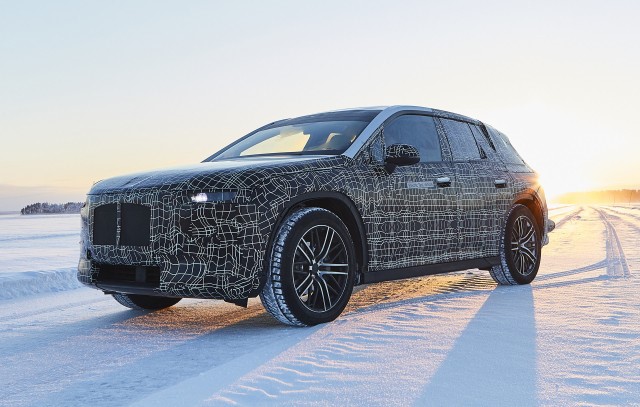 Not wanting to miss out on the party, BMW stated out plans to bring 12 new BEVs to market by 2025, including 5 in the next 2 years. Besides the existing i3, the first 5 models will include the Mini Electric, the iX3 SUV, the i4 sedan and iNext SUV. Besides these 12 new EVs, BMW will also sell 13 plug-in hybrids, some of which are the 3-Series, 7-Series, X3, and X5. For sure in the future all of them will be listed for sale on the Electric Hybrid Market website, along with other electric cars for sale.

Volvo Will Triple Production of Its PHEVs:

Volvo's CEO Hakan Samuelsson admitted that they hugely underestimated demand for its plug-in hybrid vehicles but they are hard at work to increase the production. 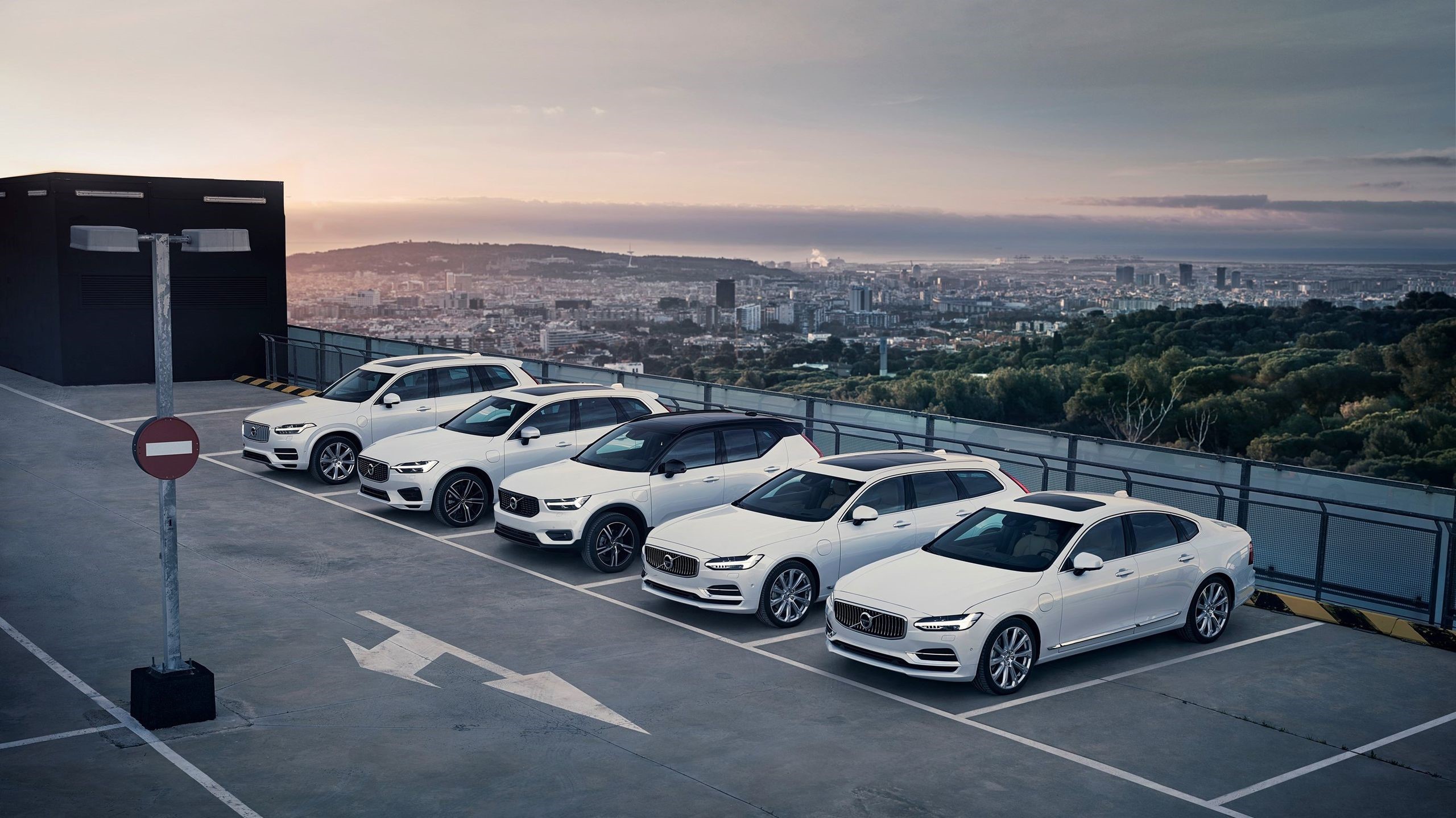 At this point, Volvo does not have enough batteries, motors and other parts to make all the plug-in vehicles. However, in 2019 the manufacturing capacity in expected to triple compared with 2019.

XPENG Motors is on another level when it comes to charging stations installations:

New Fiat 500 Confirmed As Electric Only, The old Model will still be on the market at the same time:

Fiat Chrysler has confirmed the model will actually become a dedicated EV forgetting the IC engine entirely. The new car will allegedly keep the same dimensions as the old model but the internals will be worked from ground up as an EV. “An urban Tesla” is what Fiat executives want to achieve with this new model.

Jaguar I-PACE and Nissan LEAF Receive Canadian Car of the Year Awards (But Not For The Main Category):

In other news, Nissan LEAF e-Plus Officially Rated By EPA At Well Over 200 Miles.

PHEV sales in Canada started the year 2019 with nice growth. In February, over 2,700 plug-ins were sold, which is 38% more than last year. However the market share is still quite low – at only 2.2%. If you want to buy your Plug-In EV in Canada, please check our inventory of Hybrid Cars For Sale.

During the January and February, the sales exceeded 5,000 which is a growth rate of 45%, much better than in the U.S. of A.

In order to achieve this, they’ve built a new plant in Georgia (the state from USA not the country at the Black sea) which will be making cells mainly for Volkswagen and other manufacturers.

Škoda Will Most likely launch a MEB-Based Electric Affordable Hatchback

By the end of 2022, Škoda wants to make two MEB-based electric cars, based on the recently presented Škoda Vision iV concept. Being a part of the VW AUDI Group, just like the Volkswagen I.D. CROZZ and Audi e-tron, the first car will be an SUV, and the 2nd a coupe-style SUV. The 3rd model could be a lower-cost, smaller EV, most likely like the Volkswagen I.D. or Seat el-Born. Great news for us in Europe where Škoda is the most affordable within the Volkswagen Group.

Baby Bugatti is a Real Electric Bugatti for $34k – for Adults as Well:

Bugatti is reviving a model that the company's founder, Ettore Bugatti, built in 1926 for his son Roland, the Bugatti Baby. This is to celebrate 110 years since the brand was founded. 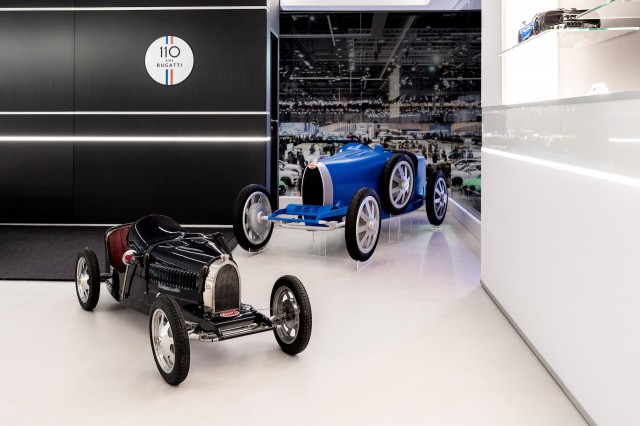 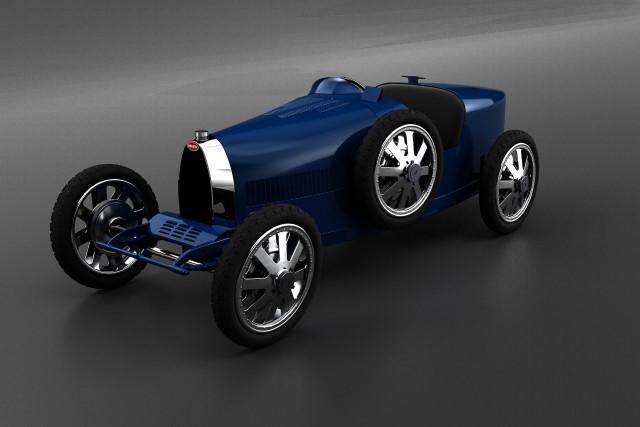 The Baby was a fully working, child-sized replica of the Bugatti Type 35 race car, making Bugatti the coolest dad ever. The new Baby II will be electric only, and like the Baby 1, is designed for kids with rich parents to drive. However, the Baby II can be driven by adults as well since due to its size, three-quarters of the size of the (tiny) original Type 35 racer – most people can still fit.

The Key Mode upgrade however transforms the baby car into a tiny racer and unlocks 13 horsepower and removes the speed limit. If you ask me, this sounds like a lot of fun. Not to mention it’s a fully working car with regenerative brakes, and headlights. You cannot however drive it on the street since it has no turn signals (and other more things missing).

500 of them will be produced in 2019 — the same number as Roland's original Bugatti Baby.

At only $34,000 with no options included, this is making is as the most affordable genuine Bugatti ever.

How about this, the Jeep Wrangler is about to go green. Jeep has confirmed the PHEV will be launched in 2020. Luckily the hybrid model looks almost identical to the already existing version. 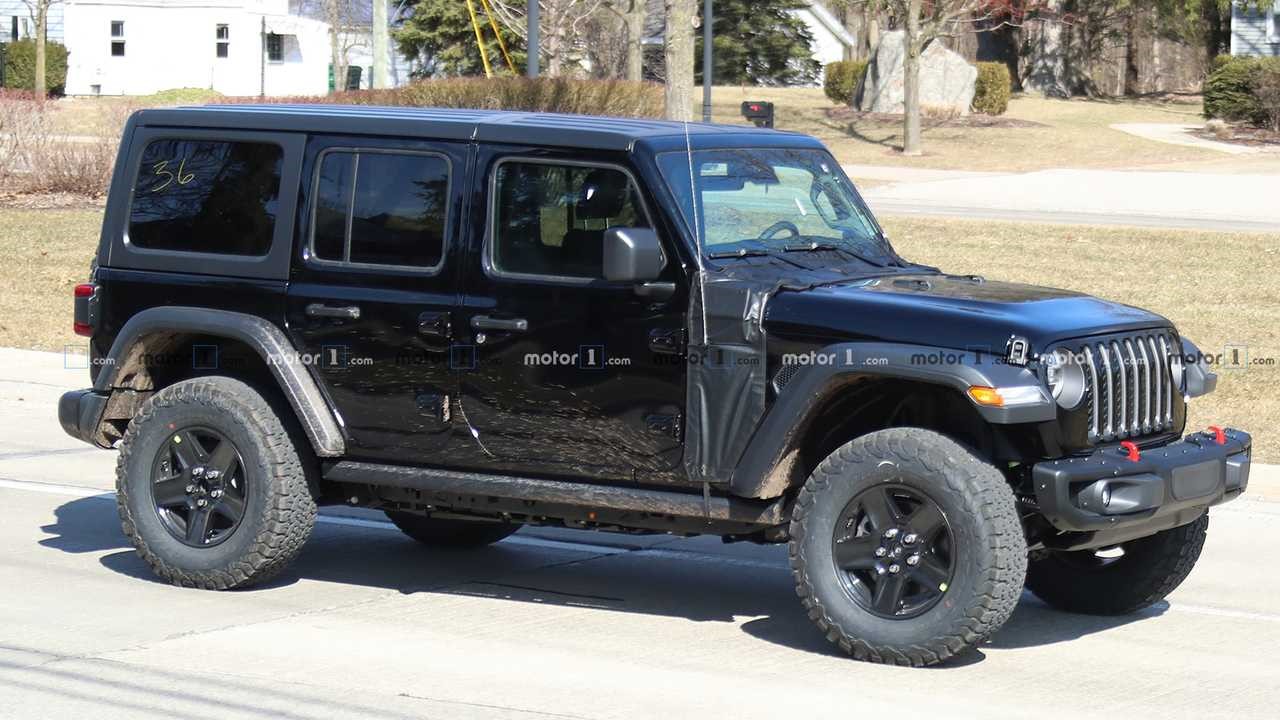 Finland has One of the Highest EV Market Shares:

The car market in Finland diminished by13% in February of this year – which is 2019 if you don’t know. However, plug-in electric car sales are growing. 488 new registrations result into a growth of 25% over last year. The market share stands now at a record 5.7% – not bad at all taking into account the cold climate, weird language and not as big as in other countries incentives.

This BEV crossover SUV currently sold by Geely New Energy, has four variants available for sale which probably nobody cares about since it’s only sold in China. The SUV claims a range of 400km, said Zheng Zhuang, general manager of Geely New Energy sales company. 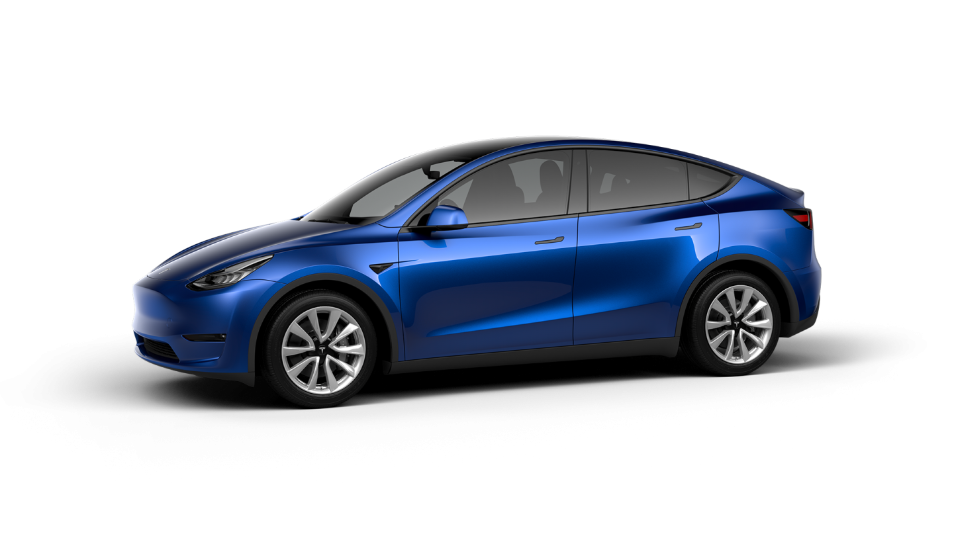 Used Tesla for sale: at https://www.selltesla.com/

For more electric cars for sale, please check our inventory. Besides the EVs you also find a huge diversity of hybrid cars for sale, from Toyota Prius to Ferarri LaFerarri.

...or Click Here to
Sell your Electric or Hybrid Vehicle!