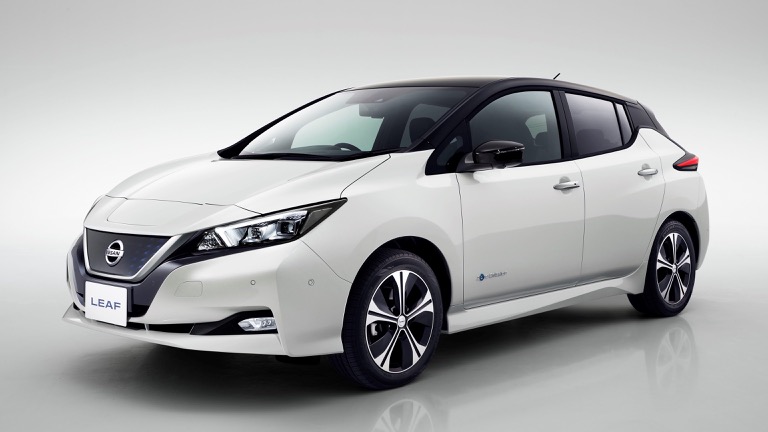 When Nissan unveiled its second generation 2018 electric LEAF electric car back in September last year, many were disappointed to learn that it would ship with a 40KWH battery pack offering a range of about 150 miles - that's 240 km per charge.

Many, including myself, were also a little frustrated to learn that the 40kilowatt hour battery pack would not be actively cooled with Nissan instead deciding to stick with the same passive cooling system used for the battery pack found in the first generation Nissan LEAF.

Fast forward just a few months from that point and the whole "rapid-gate" debacle proves that perhaps it did. The whole debacle and a few other bad choices on Nissan’s behalf haven't done a lot to help lead sales of late.

But Nissan has a trick up its sleeve in the form of a longer range LEAF variant called the Nissan LEAF e-Plus. It's been promised to us for almost nearly a year now and should be hitting the market in the not too distant future - and by that I mean early next year.

It's no surprise then that discussion is turning to price and this week we got the first hint of what it might be priced at - at least in the US - courtesy of preliminary dealership pricing sheets.

According to carsdirect.com - which has seen the aforementioned documents - Nissan seems to be having a 5500 USD premium to the price of every current Nissan LEAF model for the longer range e-Plus variant.

In other words Nissan LEAF e-Plus will not only be the first LEAF to have actively cooled battery pack - meaning it shouldn't suffer heat related pressure back tree aging as its predecessors did - but it’s also seems to be priced for the range it's promising.

Nissan also said the LEAF e-Plus will be more powerful than that 40 kilowatt hours sibling suggesting that Nissan is also looking to match the Bolt EV and Kona Electric in terms of acceleration and total power output.

But while Nissan has lost many loyal customers as of late thanks to the “rapidgate” debacle and quietly increasing the price of its replacement first generation Nissan LEAFs battery packs from 5500 USD or equivalent to 8500 USD or equivalent, there may be some benefits to owning the Nissan LEAF e-Plus at least assuming that battery pack really is back to engineered than its predecessors.

First and most importantly it does brackets charging. Nissan LEAF e-Plus is expected to launch with one hundred kilowatt DC quick charging as standard, something which at a compatible  DC quick charge station at least, will dramatically reduce charging times. That's quite a contrast to the 20 kilowatts less of a throttled overheated 40 kilowatt hour LEAF battery pack.

The second most important factor – incentives. Unlike General Motors which is likely to hit its 200K plugin cars sold in the US in the final quarter of this year - thus triggering the make specific ramp down a federal tax credits for EV purchases, Nissan hasn't yet quite got to that point and that means the while the Chevrolet Bolt EV will likely not attract a 7.5K USD federal tax credit from next January unless the government extends, the Nissan LEAF e-Plus most certainly will still be eligible.

Find your perfect electric cars for sale at www.electrichybridmarket.com

...or Click Here to
Sell your Electric or Hybrid Vehicle!